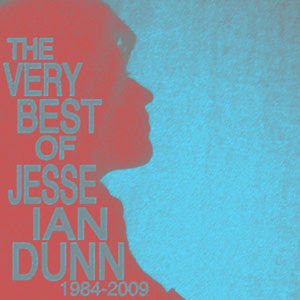 Hawthorne’s Jesse Ian Dunn is your classic Jersey story: Raised on The Boss, influenced by Sinatra, and in a love/hate relationship with his home state. The 26-year-old credits his father with the warning that most artists subsist on sparse diets of “a mattress on the floor, a small collection of books, and a beat-up guitar.” Jesse’s style is to pepper beautiful keyboard solos with soulful acoustic strums.
Completely underground and DIY since high school, Jesse has agreed to allow Mint Records to release a compilation of his experiences plus whatever is “buzzworthy” in a five-song EP entitled “The Very Best Of.” Here is that review:
“Times Like These” - a wistful ditty honoring the people that he grew up with. Filled with both a longing for change and an acceptance of what home is, the delightfully unexpected keyboard solos peppered throughout set the mood perfectly.

“It’s Gonna Be Alright” is a beautiful tribute to a man one can only speculate is Jesse’s own father. He strums sorrowfully through the downsizing of both a job and a family from the perspective of a very young child.

“Rosie” was the clear fan favorite when I saw Jesse perform it to an enthusiastic bar crowd a couple of months ago. A heartbreaking plea to a woman you just can’t pin down not to leave.

“The Devil is A Woman” is a lovely little singalong outlining just all the ways that a woman can spin your head, but with a wry sense of humor as it warns “She may smell like a rose, but you’re better off sniffing cocaine.”

“I Have Decided to Follow Jesus” will be easily recognizable to anyone who’s ever visited a gospel church.